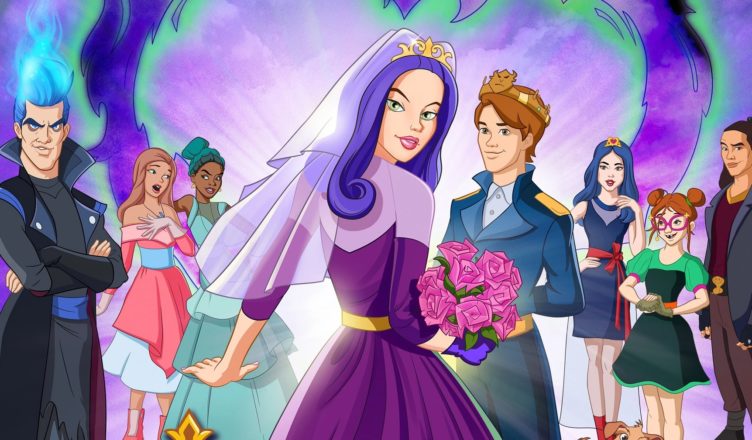 Descendants is an American media franchise centered on a series of Disney Channel musical fantasy films directed by Kenny Ortega and created by Josann McGibbon and Sara Parriott. The franchise’s world is placed in a universe that serves as a continuation after the Disney Animated Classics series. Starring Dove Cameron, Cameron Boyce, Sofia Carson and Booboo Stewart, each film chronicles the lives of the teenage children of four Disney-villains on the Isle of the Lost, and their move to Auradon at the request of the teenage son of Queen Belle and King Beast. The first film was released on Disney Channel in July 2015. Following its success, a sequel premiered across six Disney-owned networks in July 2017. In August 2019, the third film premiered on Disney Channel. Each film was accompanied by original music, and film soundtrack. Animated television special “Descendants: The Royal Wedding” was released on 13 August, 2021.