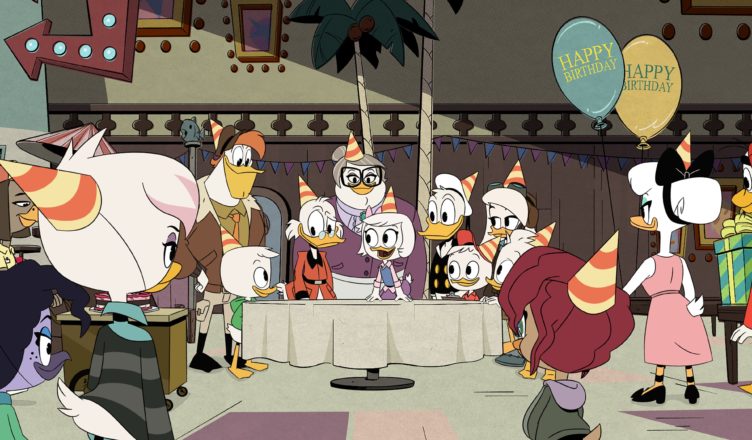 Disney revealed titles, dates and descriptions of the last Ducktales Season 3 episodes. There are 4 episodes.

Huey struggles to keep Fenton and Gandra’s top-secret experiment (and their relationship) hidden from the world. But, Mark Beaks is desperate for one last gizmo to steal.

A new (but familiar) ally helps find treasure on an island full of monsters.

In a mystical karmic court, Scrooge’s enemies accuse him of making them evil.

The future of adventuring hangs in the balance as the Duck family uncovers earth-shattering secrets in a final standoff with the Fiendish Organization for World Larceny (F.O.W.L.).

Also the reboot of Darkwing Duck now is in development.

To Songs From TV Series