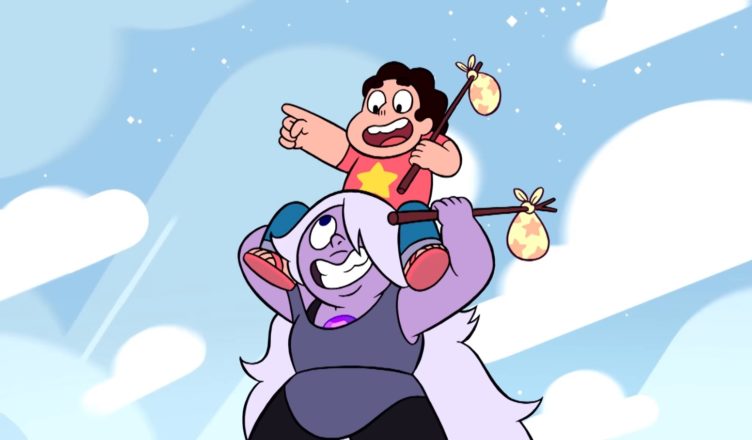 On the Run is a song from Cartoon Network TV Series “Steven Universe” season 1 episode 40 “On the Run”. The song is sung by Steven and Amethyst and performed by Zach Callison and Michaela Dietz.

On the Run Lyrics

Steven: It’s time to get moving, time for us to have some fun.
There’s no time to hang around, our adventure’s just begun.
We’ll be thinking ’bout our friends as we chase the setting sun.
Both: But we’re leaving them behind, we’re on the run.

Back To All Steven Universe Season 1 Songs