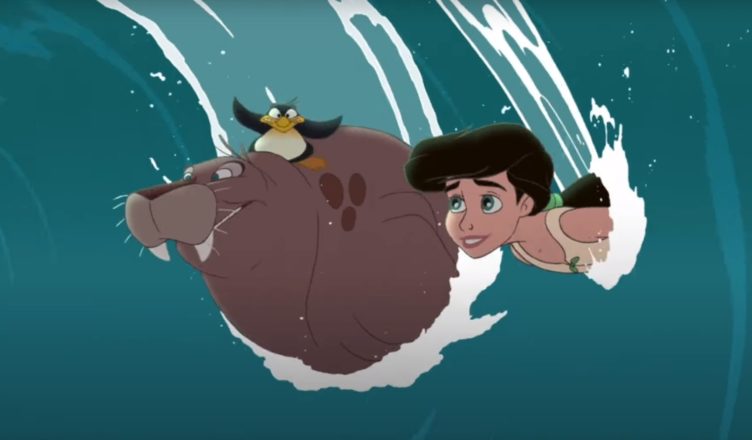 Tip and Dash is a song from 2000 Disney musical animated film “The Little Mermaid 2“. The song is sung by Tip, Dash and Melody and performed by Max Casella, Stephen Furst and Tara Strong.

Tip: Taming the tides, swarming the seas
Beware barracudas, drop to your knee
Defending our friends and anemones
As big as a whale
Melody: But with a much smaller tail

Tip: Facing the foe with our fearless flukes
Daring the dastards to put up their dukes
Great globs of gore, we’ll storm the shore
And seek the unknown
Dash: Then can we go home?

Melody: We’ll save the day
Dash: And make a splash
Tip: Titanic Tip
Tip and Dash: And Daring Dash

Tip: We’ll clobber those crabs with their clammy claws
Dash: We’ll sever those sharks with their savage jaws
Tip: The battle is fierce
Dash: And mercifully brief
Melody: The conquering heroes return as kings of the reef

Tip: We’ll dine with the best, dressed with a flair
Climb every mountain because it’s there
Come on, follow me, we’ll make history
To courage, to us
Melody: The trident
Dash: Or bust!

Tip: We’ll save the day and make a splash
Melody: Melody
Tip: Tip
Dash: And Daring Dash
All: All for three and three for one
Atlantica, here we come!

Back To All The Little Mermaid 2 Songs