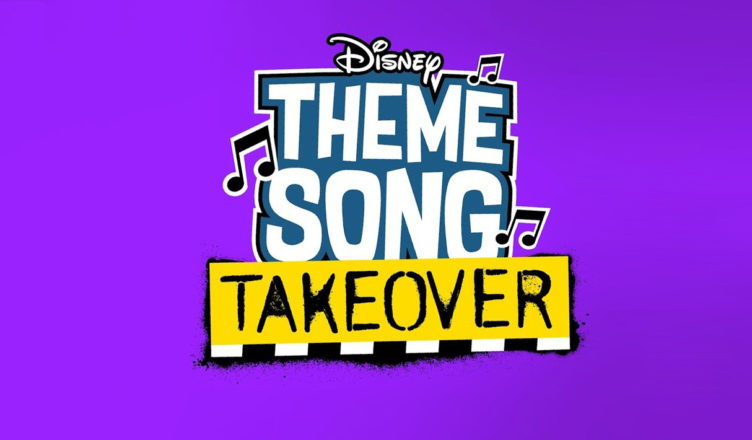 A five, six, seven, eight.
It’s about as beautiful as it can be.
Whoa-oh-oh-oh-oh-ow!
Ow, that went right over my foot! Ow, ow!
Where were we?
Today is gonna be incredible.
Never boring ev- ow! That was a safe!
Oh! Okay, a toilet? That’s insult to injury.

Aw. No, no! Ah! Wait! Wait! Waaiit!
Oh, oh man. That was so much harder than I thought it…wait!
Are these arrows? Who’s shooting arrows at me?! Who’s shooting-
Oh!
I think somebody give me a heads up about the giant logo…
ow.
Oh, hi Perry the Platypus!

To All Milo Murphy’s Law Songs

Sasha Theme Song Takeover is a song from Disney Channel TV Show Amphibia. The song is sung by Sasha and performed by Anna Akana. It’s a parody version of Amphibia Theme Song.

I showed up here in the swamp
With all these nasty weird toad dudes
Their boss, Grime, threw me in jail
With only bugs for food

I trained the toad army
I overworked them ’til they cry
Every morning, I would teach them tai chi
And do frog jumps ’til it hurt
All the toads adored me
We even made these custom t-shirts
I got my own palace
With this much improved cuisine
Now the toads all treat me like their queen

To All Amphibia Songs

Marcy Theme Song Takeover is a song from Disney Channel TV Show Amphibia. The song is sung by Marcy and performed by Haley Tju. It’s a parody version of Amphibia Theme Song.

I lived on a warship
Became a flipwart champion
Soon I was the king’s trusted advisor
I studied salamander brains
Tried bug appetizers
Yum!
And for fun DMed some campaigns

Okay, if you want to pick up the longsword I need you to roll for a Strength check
Because your character is, like a little wood elf and, uh… This’ll be fun eventually, guys. Trust me.

Anne and Sprig play a video game that transforms the Amphibia theme song into an 8-bit video game version!

To All Amphibia Songs

Launchpad Theme Song Takeover is a parody song from Disney’s TV Series Ducktales. The song is sung by Launchpad and performed by Beck Bennett. It’s a parody version of Ducktales 2017 Theme Song.

Life is like an aeroplane
Here in Duckburg
Airplanes, airplanes, aeroplanes!
It’s a duck blur
Might fly an airplane
Or crash that airplane

I’ll catch up in a sec or two
Guys, look out, some guy’s behind you!
Even worse, here comes the key change!

To All Ducktales Songs

Glomgold Theme Song Takeover is a song from Disney’s TV Series Ducktales. The song is sung by Glomgold and performed by Keith Ferguson. It’s a parody version of Ducktales 2017 Theme Song.

Life is like an evil scheme, here on GlomTales
Sharks and bombs and Scrooge’s screams, it cannae GlomFail
Cannae top my grand plan, to beat that Scotsman

C-C-C-CG, it’s so fancy
Once Scrooge sees this, there’s no chance he
Cannae compete with the glory of GlomTales!

Bravest, strongest, and most modest, GlomTales!
Okay, we ran out of budget, but kids 6 to 10 will love it
GlomTales!

To All Ducktales Songs

I never complained as I was-
Driving before there were brakes
Sharing baths with poison snakes
I worked in the mine,
And brushed my teeth with a porcupine

To All Big City Greens Songs

My heart is gentle as silk
I love takings baths in goat milk (It’s not weird)
Hey! This toe jam just appeared
I got wind in my beard

To All Rapunzel’s Tangled Adventure Songs