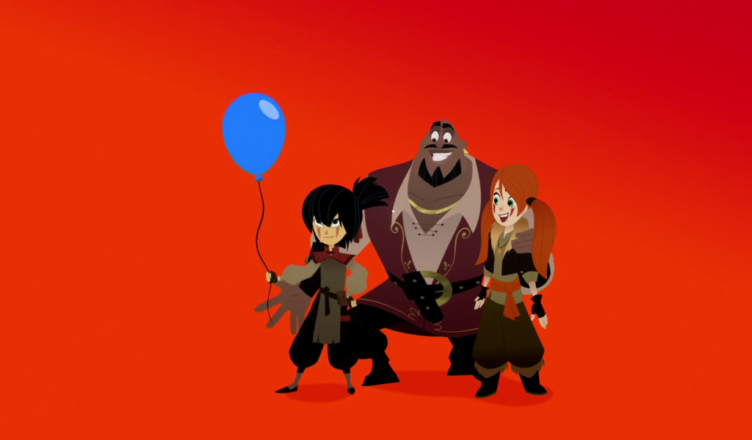 Bigger Than That is a song from Rapunzel’s Tangled Adventure Season 3 episode 10 “Be Very Afraid”. It is sung by Lance, and performed by James Monroe Iglehart.

Bigger Than That Lyrics

When you’re scared and stricken and losing your cool
When you’re such a chicken, you feel like a fool
Don’t freeze up, just ease up
Take one deep breath and don’t forget this little rule

When your palms are sweating, when panic attacks
When you’re close to wetting your favorite slacks
Stop freaking and shrieking
Don’t look so bleak and just relax, kid
And if you weaken when your courage starts to plummet
Step up and overcome it

If you’re still uneasy, still trembling in dread
You’re still so queasy you’d rather be dead
Don’t sweat it, don’t fret it
‘Cause if you let it turn your head, kid
You can forget it, so if anything dismays you
No need to let it faze you

And once you know this there’s nothing to fear
Every neurosis will just disappear
Because you’re bigger, you’re badder, you’re better than that
You know you’re chiller and you’re flipper, and you’re hipper than that
So face your demon, stop screaming and pummel it flat
What were you afraid of? You’re bigger than that!