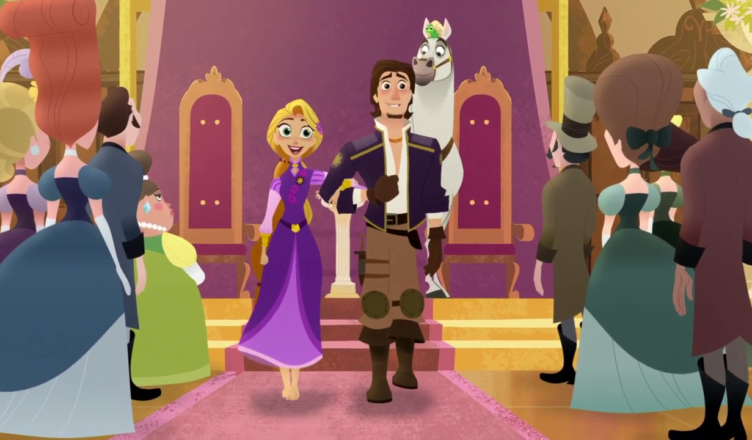 Stronger Than Ever Before is a song from Rapunzel’s Tangled Adventure season 3 special episode 1 “Rapunzel’s Return”. It is sung by Rapunzel, Eugene and Lance, and performed by Mandy Moore, Zachari Levi and James Monroe Iglehart.

Stronger Than Ever Before Lyrics

We’ve done a lot
Faced who-knows-what
Still, though, we’re not quite through yet
We have so much to do yet
More than a thing or two yet

There’s wounds we must heal
Plans to make real
Watch us and we’ll do wonders
Sure, we might make some blunders
We’ll face them all head on

We’ll rise hand in hand
And rebuild this land
We’re ready to stand and roar
Will we give up? No, never
We’re stronger than ever before

We’ve made mistakes
Had some bad breaks
That only makes us tougher
Now, when the road gets rougher
Frankly, we’ll barely suffer

‘Cause, though we’ve been burned
What have we learned?
Victory is earned, not given
We shape the world we live in
We’re what we’ll build upon

The war may be won
But still, we’re not done
We’ve only begun to soar
Bolder and far more clever
And stronger than ever before