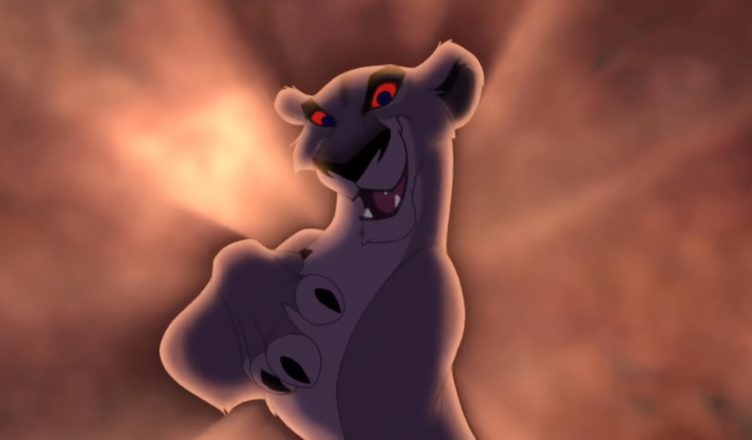 My Lullaby is a song from movie The Lion King 2. The song is sung by Zira, Nuka and Vitani and performed by Suzanne Pleshette, Andy Dick and Crysta Macalush.

Zira: Hush, my little one.
You must be exhausted.
Sleep, my little Kovu
Let your dreams take wing
One day when you’re big and strong
You will be a king

(instrumental bridge in the soundtrack version)

I’ve been exiled, persecuted
Left alone with no defense
When I think of what that brute did
I get a little tense
But I dream a dream so pretty
That I don’t feel so depressed
‘Cause it soothes my inner kitty
And it helps me get some rest

Now the past I’ve tried forgetting
And my foes I could forgive
Trouble is, I knows it’s petty
But I hate to let them live
Nuka: So you found yourself somebody who’d chase Simba up a tree
Zira: Oh, the battle may be bloody, but that kind of works for me

The melody of angry growls
A counterpoint of painful howls
A symphony of death, oh my!
That’s my lullaby

Scar is gone… but Zira’s still around
To love this little lad
Till he learns to be a killer
With a lust for being bad!

Nuka: Sleep, ya little termite!
Uh – I mean, precious little thing!
Vitani: One day when you’re big and strong…
Zira: You will be a king!

The pounding of the drums of war!
The thrill of Kovu’s mighty roar!
Nuka: The joy of vengeance!
Vitani: Testify!
Zira: I can hear the cheering
Nuka and Vitani: Kovu, what a guy!
Zira: Payback time is nearing
And then our flag will fly
Against a blood-red sky!
That’s my lullaby!

Back To The Lion King 2 Songs

Do You Want to Build a Snowman?
The Owl House Credits Theme
Sing With Me
Stuck In A Moment You Can't Get Out Of