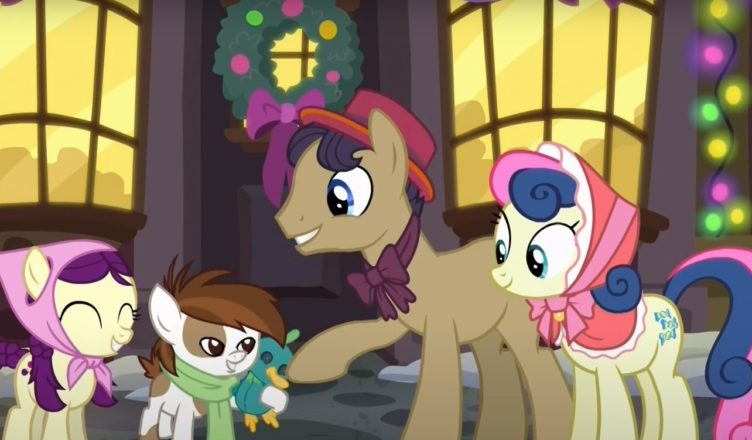 Say Goodbye to the Holiday is a song from My Little Pony season 6 musical episode 8 “A Hearth’s Warming Tail”. It is sung by Starlight and performed by Kelly Sheridan.

Say Goodbye to the Holiday Lyrics

Everypony loves this cursed holiday
But would they be better off with it out of the way?
Well, okay

Say goodbye to the holiday
With my magic, I’ll erase it
The greatest gift that I give today
And everypony will have to face it

Calendar shorter by a single day
Is my magic up to the test?
Time to see, I can’t delay

Say goodbye to the holiday
Prepare the spell, no hesitation
All memory shall fade away
See Equestria’s new transformation

Back To Other Season 6 Songs