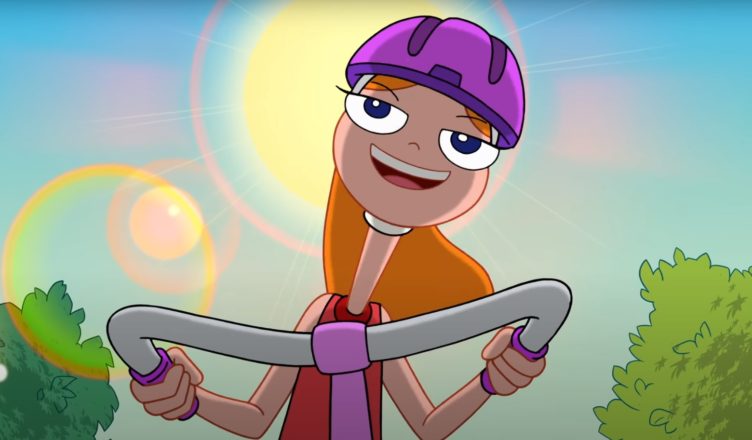 Such a Beautiful Day is a song from Phineas and Ferb the Movie Candace Against the Universe. The song is sung by Candace Flynn and performed by Ashley Tisdale and Phineas and Ferb Cast. It’s an opening song in the movie.

Such a Beautiful Day Lyrics

And like a baby bird comin’ out of my cage,
My life’s an open book, I’m gonna write a new page
And I know that I’m mixing my metaphors
But you can probably get the main gist of what I’m trying to say
(She mixed her metaphors but we know what she’s sayin’)

Build some big enormous thing
That makes me go “no way!”
But disappears before my mother gets home
Like when they built a giant rollercoaster…
Nope, nope, nope, nope, nope! I’m not gonna go there.

(It really is, it’s such a beautiful day)
I’m gonna keep my outlook bright and cheery
Gonna think some happy thoughts and gonna keep them near me
Though my brothers’ crazy antics could make anyone weary
I won’t get sucked into their chaos theory
As long as they don’t…

Build a giant rollercoaster
Robot versions of themselves
Or strand me in a video game
You’d know what I mean if you had seen
The cattle drive, the timemachine
The giant Paper Pelican plane
They built motorized chariots, an escalator to the moon
The tallest building, treehouse robots, othernonsensecomingsoon
A shrinking sub, a waterfall
A robot dog, a Trojan horse
A growth elixir, a Perrytron
And pyramid-related sports!

Back To All Candace Against the Universe Songs

For One and All
Toboggan of Love
Jump in the Line
Can't Stop the Feeling!

3 thoughts on “Such a Beautiful Day”