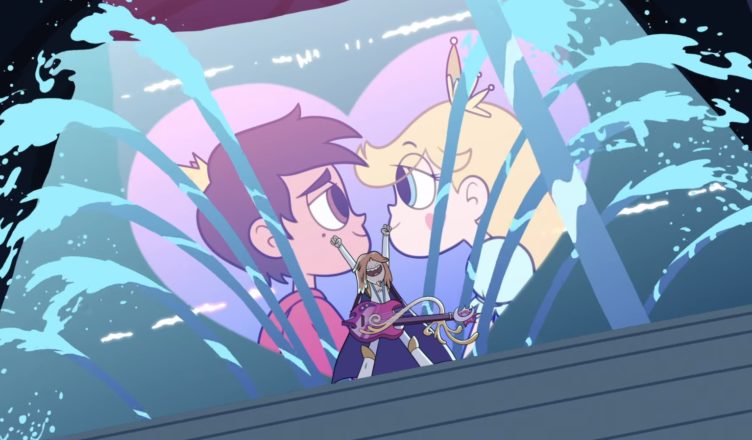 The Ballad of Star Butterfly is a song from Disney TV Show “Star vs. The Forces Of Evil” season 2 episode 21 “Face the Music”. The song is sung by the songstrel Ruberiot and performed by Patrick Stump.

The Ballad of Star Butterfly Lyrics

Who is the maid with the buttercup hair?
Who sleeps on moonbeams and dances on air
With tears made of honey and a heart full of bunnies
Whose infinite virtues are known near and far
It’s Mewni’s own sweetheart, our dear Princess Star

And under the shimmer and rubies and pearls
Lies hidden a fierce and adventurous girl
The forces of evil that lurk in the night
Will cower in fear when this shooting Star…
…ignites!

Weaving magic like a born spell-caster
And wreaking havoc like a natural disaster
She rocks her Narwhal Blast and Warnicorn Stampede
She’s gonna earn her crown, so hail to the quee-e-e-een!

‘Cause she’s a rebel princess, she’s the best
She’s a ball of lightning in a hot pink dress
She’s a thunderstorm roaring through the night
She’s our shooting Star, and she’s lighting up the sky!

Who is the boy in the earthly attire?
The prince of the princess’s deepest desire
I don’t need to show it, I think we all know it
But just to be certain, I’ll say it again

Star Butterfly is in love with her best friend!
[quickly] And his name is Marco Diaz.
Forevermore!!!

Back To All Star vs. The Forces Of Evil Songs