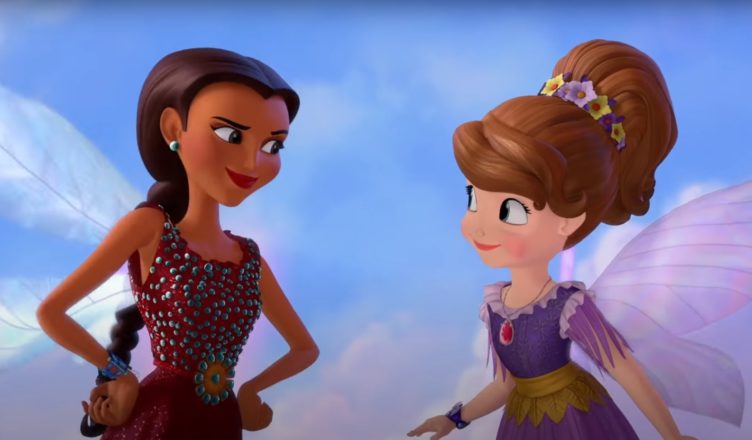 The Fairy Way is a song from season 4 Sofia The First episode 20 “The Mystic Isles: Undercover Fairies”. It is sung by Sofia and Chrysta and performed by Ariel Winter and Jurnee Smollett-Bell.

Chrysta: Growing up on the Fairy Isle
They so you’re supposed to flit around all day and smile
But they were tougher games I wanted to play
And that’s not the fairy way
They told me that wasn’t way

Fairies: Hey, that’s not the fairy way
No Chrysta, that isn’t the way
Chrysta: And then the pixie test
With all the rest
I had hoped at last to bond
But I messed up with frond
So I flunked and missed out on my wand

Sofia: It’s not that hard to flit with a grin
Now that you’ve got a good friend
Here to help you fit in
So follow me just like you’re dancing ballet
Chrysta, that’s the fairy way