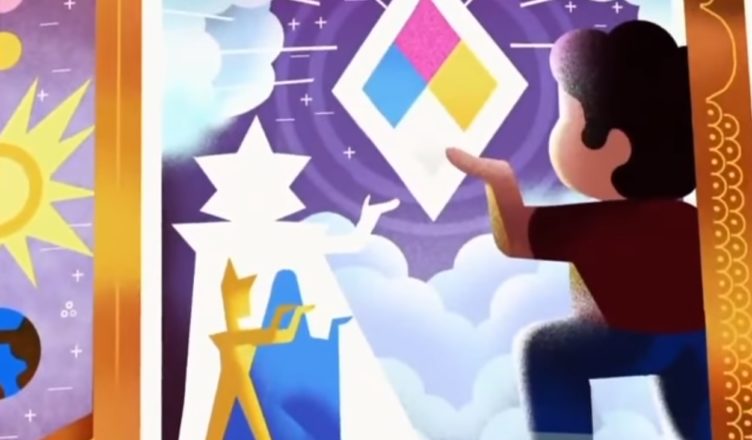 The Tale of Steven is an opening song from musical television film “Steven Universe: The Movie” which is based on the Cartoon Network TV Series “Steven Universe”. The song is sung by White Diamond, Blue Diamond and Yellow Diamond and performed by Christine Ebersole, Lisa Hannigan and Patti LuPone.

The Tale of Steven Lyrics

Blue: Hybrid son of a Diamond,
Yellow: Human son of a Rose,
White, Blue, and Yellow: What a revelation,
He’s a revolution,
A Gem that loves and grows!

Back To All Steven Universe: The Movie Songs