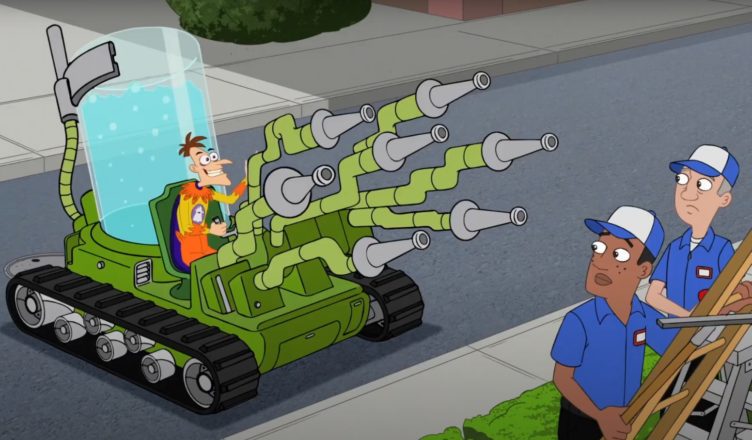 Don’t want to start a fight, he’s trying to do what’s right
So we aught to wish him success
I know its philanthropic, don’t want to seem myopic
But he’s really making such a mess!

He’s a do-gooder Doof, trying to help you out
but it’s not that kind of help that you need or want
No he’s not the kind of hero that you dreamed about
He’s like an idiot savant, but without the savant!