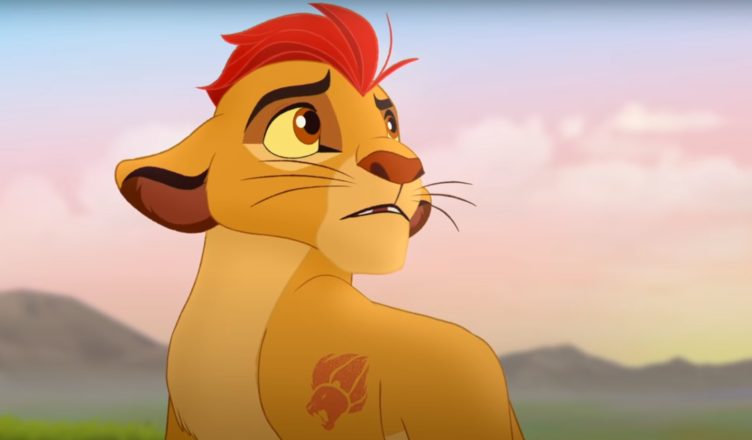 Kion’s Lament is a song from season 1 The Lion Guard TV Movie: “The Lion Guard: Return of the Roar.” It is sung by Kion and performed by Max Charles.

Kion (speaking): Dad wanted the best for the Lion Guard,
and I found them. But now…maybe the best
isn’t good enough. I just don’t understand.

Kion: Why? Why even trust me at all?
They say the Guard is my call
But then come tell me I’m wrong

Now what? What should I do?
And who? Who do I turn to?
Now everything feels so upside down

Deep down, maybe I knew
It was way too good to be true
With all my friends looking up to me
Some leader I turn out to be!

[Speaking part]
Mufasa: Kion!
Kion: Hevi kabisa! Are you…
Mufasa: Yes, Kion. I am your grandfather.
Kion: …Mufasa. I’ve heard a lot about you.
Mufasa: And I’ve been watching you. You are about
to embark on a great journey,
Kion: leader of the Lion Guard.
Kion: I’m not sure Dad’s gonna let me lead
the Lion Guard. He’s worried that I can’t handle it.
Mufasa: Kion, Simba is worried, but he’s worried
because he loves you. Being leader of the Lion Guard
will not always be easy.
Kion: Then…maybe Dad’s right. Maybe I’m not ready
to lead, or use the Roar. I’m not even sure I can control it.
First it’s super loud, then it’s just a squeak.
And I…I don’t want to end up like Scar.
Mufasa: Don’t be afraid, Kion. Trust your instincts,
the Roar will be there for you when you need it.
And so will I. Until the Pride Lands’ end.
Kion: Grandfather Mufasa, don’t go yet!…
Trust my instincts, the Roar will be there when I need it.

Kion: Maybe my journey is far from done
They need a leader, and I’m the one
So now it’s time for them all to see
The lion I was born to be!

No need to wonder, the choice is done
Now I believe I truly am the one

Back To Season 1 The Lion Guard Songs

Back To All The Lion Guard Songs