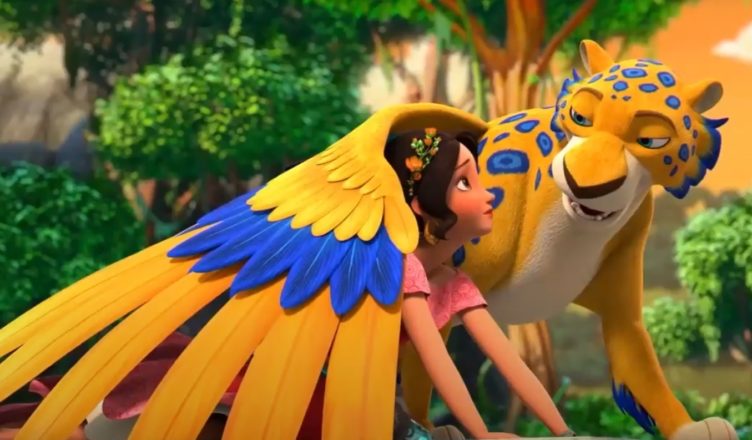 More Than Your Magic is a song from Season 2 Elena of Avalor episode 22, “Not Without My Magic”. It is sung by Skylar and Elena.

More Than Your Magic Lyrics

Skylar: It wasn’t long ago
Charoca threatened to erupt
You saved a village down below
By working hard to earn his trust
Elena: But that was just one time
Skylar: Take on. I’m only warming up.
You foiled all King Hector’s crimes
And even won the Swordsmans’ comp

Elena: I did all that without magic
It’s true but problems like these
Need much more to undo
A scepter, a drum wand make me
Stand apart
By losing my magic
I’m losing my heart

Skylar: But you’re more than your magic
Don’t you see yo’re being tested
Believe in yourself and you’ll never be bested

Elena: For every magic foe
I needed powers on my own
Skylar: You’re tougher than you know
And by the way, you’re not alone
My realm’s in terrible danger right now
Whatever it takes, we must save it somehow
Elena: Thanks for you. I’m marching to battle
However I can, with powers or without them
I’ll fight for your land

Skylar: Yes, you’re more than your magic
Don’t you see you’re being tested
Believe in yourself and you’ll never be bested
Elena: I’m more than my magic
Skylar: That’s what I’ve been saying
Elena: We’ll capture that creature
Sklyar: With no more delaying

Elena: There’s trouble down below
Skylar: But you got this
Cause’ I know
You’re more than your magic
Both: So let’s go

Back To All Elena Of Avalor Songs

2 thoughts on “More Than Your Magic”