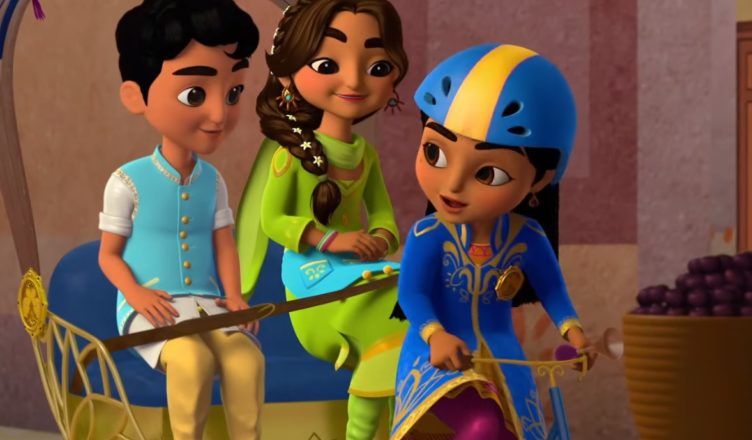 Mikku and Chikku: Congratulations, doll
You’ve got the part
Yeah, a part of our plan
It’s the sake of art
Mira’s so smart she’ll know what to do
Maybe they’ll find us if the follow the clues
On the road to what really matters
Gotta leave some crumbs gotta shake a tail
And hope Mira find the trail

Mira: There’s a problem to solve,
But the mystery can wait
Our friends needs our help
Prince Neel and Priya: So that’s our new case
Mira: A puppet in the path
Prince Neel: Look, there are two
Mira: Clever Mikku and Chikku, let’s follow the clues

Back To All Mira Royal Detective Songs