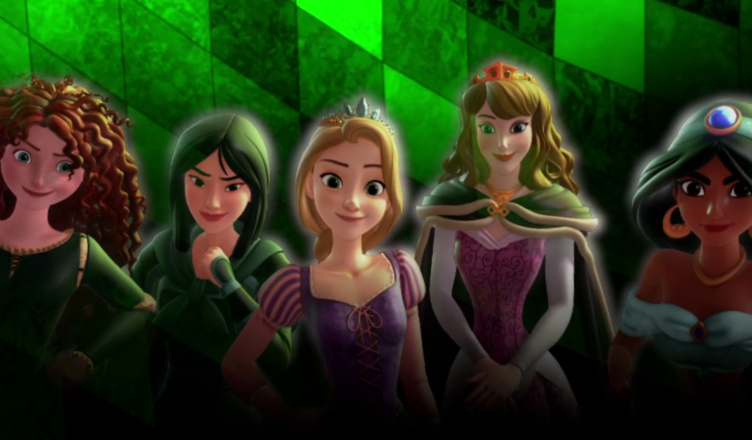 On My Own is a song from season 4 Sofia The First special episode 26 series finale: TV Film “Sofia the First: Forever Royal” It’s sung by Sofia and Vor and performed by Ariel Winter and Paty Lombard. The song is a final Battle between Sofia and Vor. It’s the last song in the show.

On My Own Lyrics

Vor: You’ve always had a friend or two
Someone to lend a hand
When times are tough you look to them
To get out of a jam
But no matter where you turn
There’s no one here but you
You’re all alone, you’re greatest fear
Has finally come true

Sofia: Just because I’m by myself
Does not mean I will fold
I don’t need help to battle you
I just need to be bold

Vor: Spare me your heroic speech
We both know you are wrong
Sofia: I’m not afraid to stand alone
Vor: Oh my dear, you won’t be standing long
You’re on your own, can’t run away
You’ve met your match this very day
Sofia I’m on my own but won’t give in
I’ll get back up to fight again
Vor: The good in you is fading fast
And when it’s gone you’re mine as last
Sofia: But like the sun, I’ll rise once more
Vor: Until night falls and wins the war

Sofia: There’s a bond you’ll never know
A power you can’t feel
The love you give comes back you
And makes you strong as steel
If I remember those I love
I keep them close to heart
My love will shine from deep within
And chase way the dark

Vor: My darkness can not be denied
Your little light won’t last
I’ll show you where real power lies
One final wicked blast
Sofia: You tired your worst to keep me down
But I’m still standing tall
Vor: How can this be happing
Sofia: Because I stand for one and all

I’m on my own I found a light
To see me through the darkest night
Vor: You’re just a girl, this cannot be
Sofia: I’m more than that but you can’t see
I may be small and on my own
But I can feel how much I’ve grown
My will is strong my heart is true
My love will be
The end of you

Songs From Elena Of Avalor