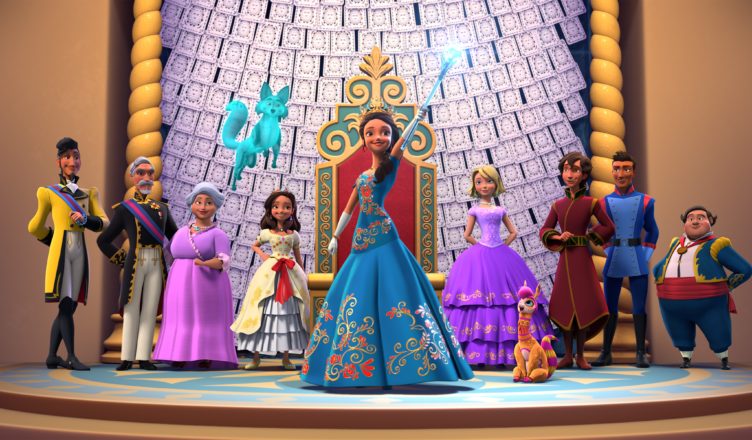 TV Show Elena Of Avalor created by Craig Gerber is close to its ending. The last 6 episodes started in July 2020. And the grand finale tv Film Coronation Day will air on 23 August 2020. Elena Of Avalor Final Episodes: The Lightning Warrior, Dia de las Madres, Heart of the Jaguar, Elena’s Day Off, To Queen Or Not To Queen, Coronation Day.

Season 3 Episode 23 The Lightning Warrior 19.07.20
Elena gives Victor and Carla a chance to redeem themselves by helping her free Ixlan, an ancient Maruvian princess.

Season 3 Episode 24 Dia de las Madres 26.07.20
On Mother’s Day, Elena tries to rally Luisa’s sprits after a revelation from the past causes Luisa to doubt her mothering skills.

Season 3 Episode 25 Heart of the Jaguar 02.08.20
Sunbird oracle Quita Moz sees a prophecy about Isabel and sends her on a fantastic quest to find an object that will give her the courage to face anything.

Season 3 Episode 26 Elena’s Day Off 09.08.20
With only a few days left until Elena’s Coronation, Elena is forced to take a much-needed day off.

Season 3 Episode 27 To Queen Or Not To Queen 16.08.20
When Elena wonders what her life would be like if she had not been born a princess, Zuzo casts a spell to show Elena an alternate reality!

Season 3 Episode 28 Coronation Day 23.08.20 (65min) SERIES FINALE
As plans for Elena’s coronation are underway, Esteban’s team of villains unleash legendary spirit misfits, the Four Shades of Awesome. In order to save her kingdom, her family and her friends, Elena must journey to the Spirit World and back and face the ultimate test of her courage and character before becoming queen.

To All Elena Of Avalor Songs