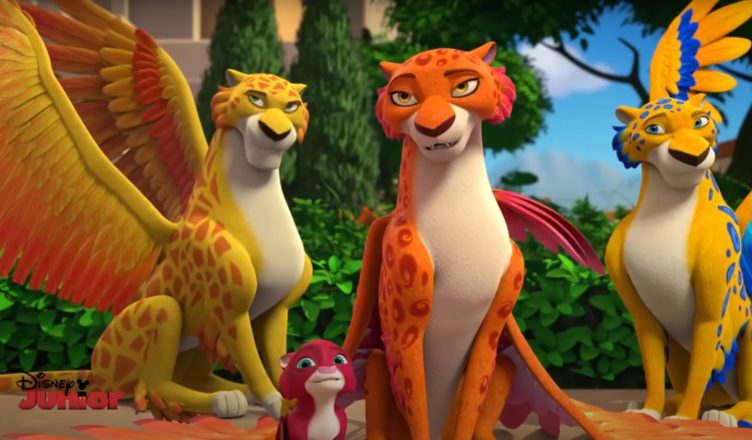 Skylar, Luna and Migs are jaquins (magical flying creatures half-macaw half-jaguar). They are friends of Elena, they are very  Fun-loving creatures and they love sing. Carlos Alazraqui is the voice of Skylar, Yvette Nicole Brown is the voice of Luna and Chris Parnell is the voice of Migs. Jaquins introduce theirrselves in Spirit Of Avalor. Skylar sings with his brother Nico – The Bros Are Back, Skylar’s father explains Elena the traditions of Vallestrella – It’s a Big Deal, than Skylar encourages Elena – More Than Your Magic, and after that Skylar and Migs also encourages Naomi – Speak. Luna sings when she wanna become the guard of her king – Give Me A Shot and than Elena and Luna calm Skylar who is affraid of his new responsibilities – Wings Up. And baby jaquins sing about how they love his father Migs – Chief Daddy.

Back to All Elena Of Avalor Songs