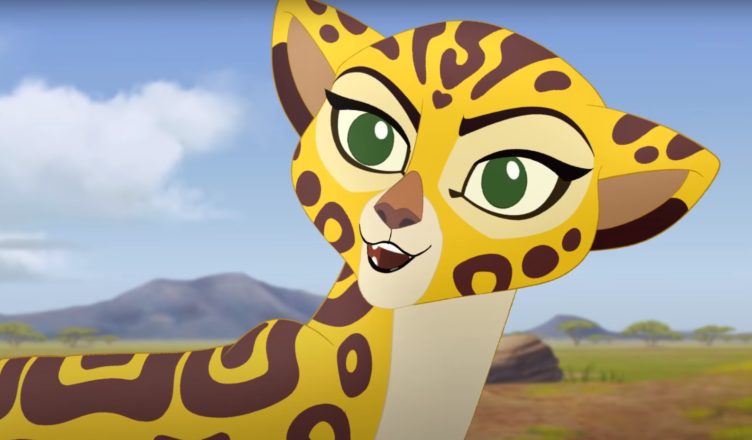 Fuli is a king cheetah and a friend of Kion, Simba’s son from TV Series The Lion Guard. She is one of the the main protagonists of the series. She has a lot of solo songs. She sings about her life – My Own Way, about baboons behavior – Baboons, about how she likes run fast – The Faster I Go. Plus she sings together with other Lion Guard Members: Hakuna Matata, May There Be Peace, Twelve Ways Of Christmas, On The Last Night. Also she sings with Anga to encourage Kion – Remember What Makes You You, and she sings with Nirmala and Anga during Rani’s Coronation – Long Live The Queen. Diamond White is a speaking and singing voice of Fuli.

Back to All The Lion Guard Songs