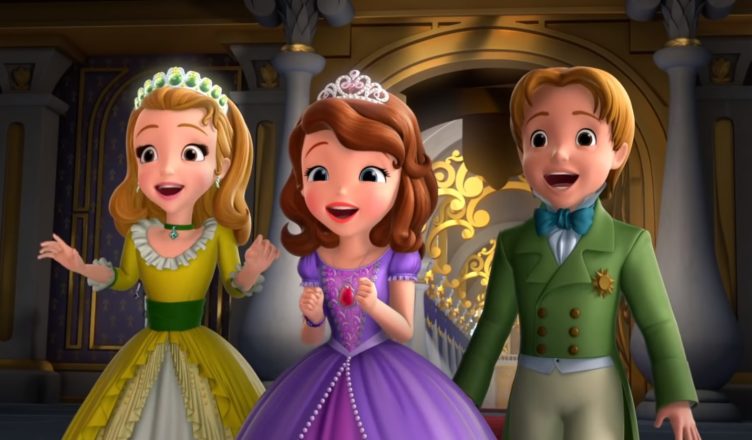 Sofia the First (tv series created by Disney Television Animation) has a musical format. Each episode contains at least one song. Here the review of best Sofia The First songs from all 4 seasons.

10. Not Ready To Be A Princess

It’s song from Pilot “Once Upon a Princess”. Sofia is very first “princess in training”, she doubts in herself and she’s feeling a little unsure about everything in “I’m Not Ready To Be A Princess”.

Rise and Shine is a song that you can hear during end credits from Pilot “Once Upon a Princess”. Sofia resolved her first problem as a princess and she’s ready for new life.

It’s a duet between Belle and Sofia. Belle explains Sofia about good and bad and teaching Sofia that actions are saying louder than words. It’s a song from episode “The Amulet and the Anthem”.

A Big Day is a song sung by Sofia, her family and friends in the series finale, “Forever Royal”. During the song, everyone expresses how excited they are that Sofia, Amber, and James graduate from Academy, and recall how much they grew and how far they have come over the past few years.

In the song Amber doubts in herself, she sings that she constantly made a mess when Sofia assured her that it’s not true and she’s brave and made a lot of hero things.

In the song Amber expresses how she’s happy to be the heir to the throne, when James voices his disappointment about Amber being the chosen one even though he was supposed to be the next ruler.

In the song Sofia sung to her family, to explain why she must face Vor and encourage them to join her. Amber as future queen decided to join Sofia so as other members of Royal Family.

Dare To Risk It All is a song sung by Rapunzel who was summoned by Sofia’s amulet. Rapunzel helps Amber to understand her mistake.

In the song Sofia and Cedric sings about how they want to find Sofia’s amulet of Avalor.

It’s a final song from Sofia The First Finale “Forever Royal”. Sofia and Vor battle against each other in the amulet of Avalor. Sofia understands that she has a great power of love by her side and uses it to defeat Vor.